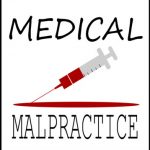 The Statute of Limitations for Medical Malpractice Claims

Every type of lawsuit (both civil and criminal) is governed by time period deadline by which a lawsuit must be filed, known as the statute of limitations. These statutes of limitations are codified within each state’s statutes and serve to establish the length of time or deadline for a plaintiff to file a lawsuit… Read More » 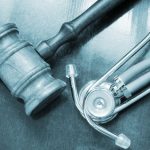 Should I Settle My Medical Malpractice Case with the Hospital or Doctor?

Florida hospitals and medical professionals alike know that incidents of medical malpractice can be bad for business. If the details of a botched surgery or a serious misdiagnosis become public through news reports or court proceedings, both hospitals and doctors know that their reputations and future business can be negatively impacted. As a result,… Read More »

Do I Need Emergency Medical Care After My Florida Car Wreck?

No two car wrecks in Florida are precisely the same: even two distinct wrecks involving the same cars on the same roadway that collide at the same speed will not produce the same injuries for the drivers and passengers involved. For this reason, it can be difficult to know what steps you need to… Read More » 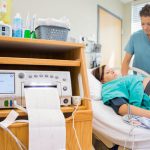 Obvious (and Not So Obvious) Examples of Birth-Related Malpractice 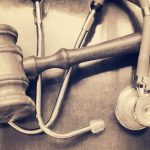 Noneconomic damages – that is, damages for “harms” and “losses” that are not tied to a bill, invoice, or other statement of account – can be significant in Florida medical malpractice cases. These damages are designed to compensate a medical malpractice victim for his or her pain and suffering, the loss of enjoyment of… Read More » 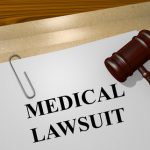 “Medical negligence” is a term that usually conjures up images of doctors leaving medical instruments and/or devices inside a patient following a surgery or operating on the wrong body part. Misdiagnosis mistakes – wherein a medical professional misreads your signs and symptoms and either diagnoses you with a disease you do not have or… Read More » 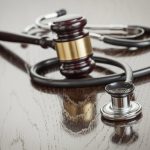 Your Next Steps After a Florida Medical Injury

In an uncertain and volatile world, the word “preparedness” is a term that is being used quite a bit. While some Florida residents may be preparing for another collapse of the financial market and others may be concerned about the seemingly-imminent commencement of World War III, few – if any – Florida residents have… Read More »

According to the Florida Department of Motor Vehicles, approximately 600-700 automobile crashes occur every day in Florida, and according to the United States Census Bureau, there are more than 10,000,000 auto accidents every year in the U.S. More than 2,500 people in Florida are killed each year because of car crashes, and nation-wide there are… Read More »

As an experienced Emergency Room Trauma Nurse, Marjorie Chalfant has seen motorcycle victims injured and killed first hand…AND IN MOST CASES THE BIKER WASN’T AT FAULT! Motorcycle accidents are most frequent when the biker is: At an intersection; In front of a car that didn’t stop at an intersection or traffic light (hit from… Read More »