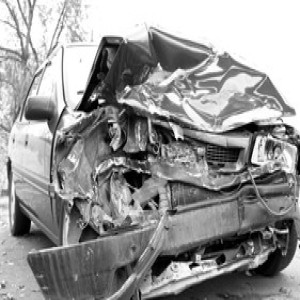 Our 24-year-old client was a passenger in her boyfriend’s car. When the boyfriend made a left-hand turn at a traffic light intersection, an oncoming vehicle in the opposite direction violently crashed broadside into the passenger side of the boyfriend’s car, severely injuring our client. An investigating police officer issued a citation to the driver of the oncoming vehicle, who was a tourist that couldn’t speak English. Our client lost consciousness and was airlifted by helicopter to a nearby trauma center, where she was diagnosed with internal organ injuries and bleeding which required emergency surgery and drainage tubes. She was hospitalized in the ICU and several days later had to undergo another abdominal surgery, which left her horribly scarred. After our client was discharged from the hospital she continued to have significant abdominal pain for more than a year.

We hired an accident reconstruction expert to prove the boyfriend driver made an illegal left-hand turn. We also hired a trauma surgeon expert to prove our client’s long-term abdominal pain was due to adhesions, which put her at significant risk for future medical complications and problems. After a lawsuit was filed and we prepared for trial, the boyfriend’s insurance finally paid the policy limits. We also filed a UIM claim with our client’s insurance, which also paid policy limits.